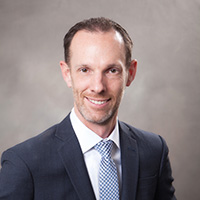 Jones served in the Nevada State Senate as an assistant majority whip from 2012 to 2014.

Jones has been a practicing attorney in Nevada since graduating from George Washington University Law School in 2001. Before entering private practice, Commissioner Jones served as a law clerk to the Honorable Roger L. Hunt of the United States District Court, District of Nevada.

He and his wife have two children. 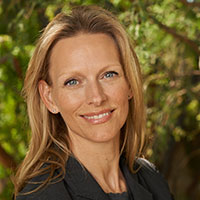 Board of Trustees Vice Chair Jenna Morton is a co-owner of Morton Group, a restaurant development company with venues in Las Vegas, including La Cave Wine and Food Hideaway inside Wynn Resort; La Comida, a Mexican joint in downtown Las Vegas, and CRUSH eat, drink, love in the MGM Grand Resort.

She is a graduate of Northwestern University. She is the co-chair of After School All-Stars Las Vegas and a member of the Board of Directors for Community Cloud Forest Conservation. 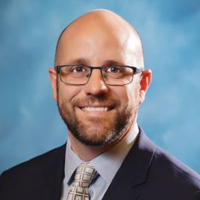 Brian Knudsen was sworn into office in July 2019 as the Councilman for Ward 1. Councilman Knudsen has more than 15 years of experience in city and state governments as well as time spent as the chief executive officer of a large nonprofit organization and as the owner of a small business. His experience covers multiple functions of government and nonprofit organizations and has focused on creating efficiencies, strategic planning and policy development.

Brian and his husband have two children. 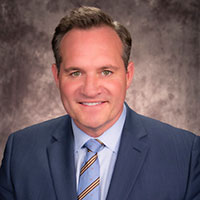 Born in Las Vegas and raised in Carson City, Miller is the son of former Nevada Governor Bob Miller and First Lady Sandy Miller. He holds dual post-graduate degrees, a law degree and an MBA, from Loyola Marymount University; and prior to that, Miller received his Bachelor of Arts degree from Stanford University. Miller has two daughters and one son. 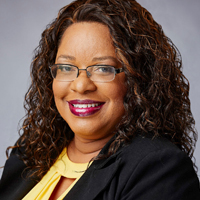 Laura E. Perkins is a member of the Nevada System of Higher Education Board of Regents. Perkins has long been affiliated with various institutions of higher education in Nevada, including positions as a teaching assistant at the College of Southern Nevada and a student liaison at the University of Nevada School of Medicine.

Perkins earned a Bachelor of Science in Post-Secondary Education from the University of Nevada, Las Vegas. She also earned an applied Associate of Arts and Sciences in Electronic Engineering Technology from the College of Southern Nevada, and additionally holds dozens of IT-related certificates and licenses.

Committed to community betterment, Perkins is a civically active resident of the Las Vegas Valley, where she lives with her family. She has received numerous recognitions for her service to the community, including those from sitting congressmen and senators. 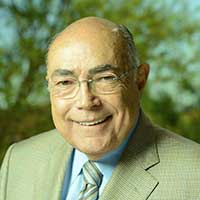 Dr. Ray Rawson served nearly 20 years on the Nevada State Senate and was elected to the Senate Hall of Fame. The first dentist to serve in the Nevada Legislature, Rawson also previously served on Nevada's Board of Regents, which governs the Nevada System of Higher Education.

Rawson has researched, taught, and lectured extensively on public policy, dentistry, anatomy, anesthesia, and specialized criminal justice. He has served nationally on the Education Commission of Higher Education and has been widely published in scientific journals. Rawson was the student body president of UNLV's first graduating class in 1964. 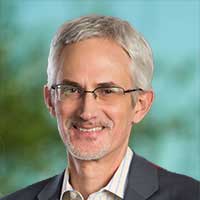 Rory Reid is currently the founding partner of the Law Office of Rory Reid. His law practice focuses on government relations, real estate, and state and local permitting with a particular emphasis on the energy sector. He also serves as President and Chief Operating Officer of The Rogers Foundation.

Reid was raised in Southern Nevada and educated in its public schools. He has been active as both a business and civic leader in the community and on the boards of several civic organizations.

Reid was elected to the Clark County Commission in 2002 and was appointed its Chairman in 2005 and 2007. The Commission oversees the nation's 14th largest county, which includes the Las Vegas Strip. During his tenure, Reid championed economic development, ethics reform, open government, and improved social services.

The Las Vegas Review-Journal named Reid its "Best Local Politician" in 2007, and he was the Democratic nominee for Governor of Nevada in 2010 and was named among the "Best Lawyers in America" in 2012. He has received numerous other awards and recognitions for his extensive service.

Reid and his wife, Cindy, are the proud parents of three children. 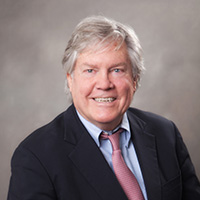 A third-generation Nevadan and a fourth-generation Nevada state representative, Tick Segerblom joined the Clark County Commission in January 2019. He previously served in the state Assembly from 2006 to 2012 and as a state senator from 2012 to 2018.

Before entering politics in Nevada, Segerblom served in the White House Personnel Office for President Jimmy Carter. He was later appointed by former Nevada Governor Richard Bryan to the Colorado River Commission, where he served from 1988 to 1990. In 1990, he was elected to a four-year term as state chair of the Nevada Democratic Party.

A graduate of Pomona College in California and the University of Denver Law School, Segerblom practices law, specializing in employee-employer relations.

He and his wife have three children. 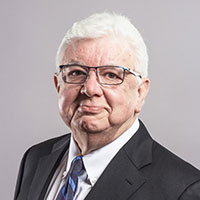 A decorated journalist and historian, Bob Stoldal started his 40-year career in broadcast news as a reporter and anchor at KLAS-TV in 1967. He was promoted to News Director a year later and named Vice President of News in 1998 after launching the 24-hour news operation, Las Vegas ONE.

After a short retirement in 2008, Stoldal became Vice President of News for the Sunbelt Corporation overseeing news operations for television stations in Las Vegas, Reno and Elko. In 2014, Stoldal retired for a second time but remains very active in several community organizations.

Stoldal was honored as the “Distinguished Nevadan” by the University of Nevada Board of Regents in 2020 for his contributions to the cultural and social advancement of Nevada and its people.

In accordance with NRS 241.020, meeting agendas are posted online by 9 a.m. three business days prior to the scheduled meeting, barring any server problems.

Note: if you use assistive technology, such as a screen reader, to access web content and have difficulty accessing meeting agenda materials, please email us or call 702-258-3930.

Get Acrobat Reader to view, navigate, and print PDF documents.